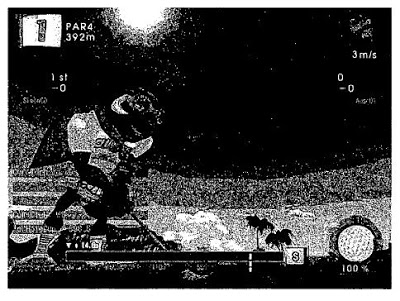 The ‘918 patent provides for a golf game whereby the player can make a club selection before his shot begins. The player then can press a button which begins his shot power meter as well as a shot direction meter. Thus, the player has full control of both his shot power and the direction of his shot. Each club is programmed to have different values which means that they all differ in the kind of shots the player can make. The player needs to master each club’s abilities in order to play to his maximum ability.