U.S. Patent No. 7,115,035: Method for controlling display of messages transmitted/received in network game 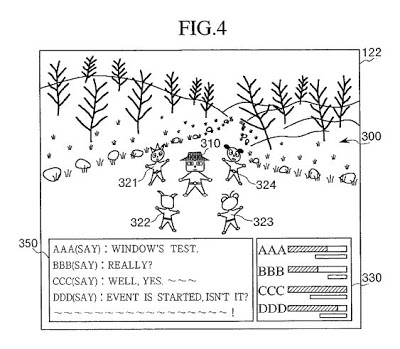 The ’035 patent should appeal to anyone who enjoys playing online multiplayer games. This invention provides a way for multiple players to communicate during a game. The players are able to type text into the communication box and have it appear to the rest of his teammates. The text scrolls upward so that older messages make way for the newer ones. The older texts stay around for long enough that the player has a chance to read it first. The invention also calls for accomplishments to be acknowledged in the chat-text box. For example, if the player gets an ‘x’ number of kills (which is an accomplishment), the others players will be notified of this accomplishment via the text box. This invention was implemented in the game Quake 3 Arena.