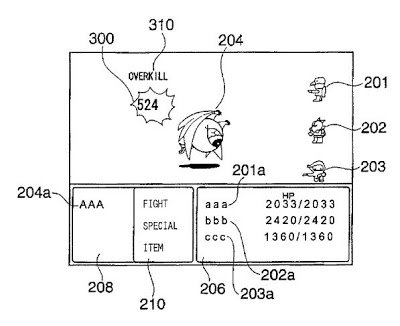 The ‘758 patent describes a video game where player is rewarded during a battle. The player is awarded points depending on actions he takes. Higher points will be awarded for killing the enemy than for an insubstantial hit during the fight. The invention also has a feature whereby the player can receive items whenever they defeat an enemy. Thus, players are encouraged to fight the enemies on each stage instead of bypassing them to complete the level sooner. Some items suggested vary from small to large medicinal items which increase the player’s health recovery depending on which item the player uses.