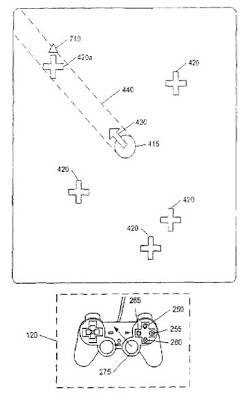 The ‘589 patent allows a player to easily target and attack one or more enemies while playing a video game. Once an enemy is targeted, the player initiates the attack against the enemy regardless of whether the player’s character is facing toward the enemy or not. If the player has locked on to multiple enemies, the player can press a button and target a specific enemy. This also allows the player to quickly switch between enemies at the touch of a button.